Pokémon have invaded reality–augmented reality, that is. Thousands of people who have “gotta catch ’em all” have been running into streets, private property, police stations, holes, robbers, and even a dead body since Nintendo released the new app Pokémon GO.

What is Pokémon GO? 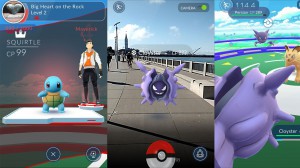 Pokémon GO is an augmented reality game available as an app on smartphones. The app allows users to quest for Pokémon through their camera lens. The Pokémon will appear in real time, allowing users to try and “catch” the Pokémon. Game users (also called “trainers) can also find valuable eggs that are “hatched” by logging miles walking with the app. The game also allows users to battle each other and train in what’s called a Pokémon gym. The app already had more downloads on Android phones than Tinder and is estimated to surpass Twitter soon.

While the game has only been released in a few countries so far, the sheer number of Pokémon trainers setting out to catch Pokémon and hatch eggs has turned it into a viral hit. App users across the Internet have encountered safety concerns of a wide variety while playing Pokémon GO. The main advice to take away from these and all safety concerns – attention to your surroundings is the key to safety!

The most alarming safety concern involves a sting of robberies said to have targeted app users. Four men teamed up to rob would-be Pokémon Masters in O’Fallon, Missouri. Reports varying that between 10-11 people were robbed before police apprehended the individuals. The armed criminals used popular locations in the game called PokéStops to target game players who were not paying attention to their surroundings. Other such attacks preying on inattentive pedestrians can be expected, and the O’Fallon Police Department advises any parents with children playing Pokémon GO to keep an eye on where the game is taking their children.

Many players getting out over the weekend noticed a huge influx of pedestrian traffic in popular areas with players of all ages walking to catch Pokémon and hatch eggs. This increase in pedestrian traffic has created some fairly unique dangers for both walkers and drivers. One player took a spill from his skateboard and cut his hand because he didn’t want to look up from his phone in his hunt

for Pokémon. Though the man admits, “I don’t think the company is really at fault” it does bring up a wider issue about the game. People are spending more time looking at their phones than at where they’re going. Twisted ankles, bruised shins, and other bodily injuries have been reported from excited players. There is even a growing phenomenon of “sore legs” from players not accustomed to exercise have been getting up and outside to seek Pokémon. Players have noted that Pokémon are appearing on in more dangerous places, like car dashboards or intersections, but it is important to remember that it is not important to actually be on top of the pocket monsters in order to catch them. If you can see them on your map, you can tap them wherever you are, so there should be no need to put yourself into dangerous situations. Additionally, pedestrians have to remember to look up while playing the game and maintain an awareness of their surroundings. No one wants a tragic accident to occur because someone was catching a Pikachu in the middle of a street. If you’re playing Pokémon GO, then be responsible and make sure to look where you’re going, and never sacrifice safety for a catch (even if it’s rare). 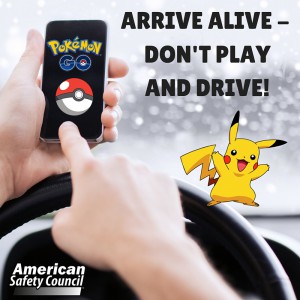 While some players are reporting that Pokémon won’t appear if you’re moving faster than 20mph, many players are still attempting to check into Pokéstops or otherwise engage with the game while driving. Some have even said that they have seen Pokémon on their dashboards, and others have crashed on bikes while trying to play while riding. Not only is it unwise to play this game or any other while driving or otherwise in motion, drivers now need to pay more attention than ever to the roads to make sure they don’t harm Pokémon-seeking pedestrians..

Physical dangers aren’t the only problems Pokémon GO has created.

Anywhere from strip clubs to old churches have been marked as PokéStops, and this has people walking into police stations in pursuit of Pokémon. In fact, the police in Darwin, Australia have put a plea that tells Pokémon GO players they do not need to enter the police station to gather PokéBalls. Another man’s private home has been marked as a Pokémon Gym. This has lead to strangers wander around his garden to 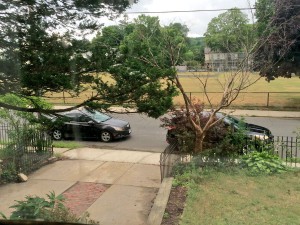 train their Pokémon and have blocked his driveway several times. The man is being a good sport about it, tweeting, “Living in an old church means many things. Today it means my house is a Pokémon Gym. This should be fascinating.” However, his good outlook doesn’t change the fact you can’t go wandering on to private property to play a game.

A 19-year woman from Riverton, Wyoming stumbled upon a dead body in a river while trying to find a water Pokémon. While the police suspect the cause of death to be drowning, this incident proves that players need to use caution when using Pokémon GO. Wandering into unfamiliar territory can result in far worse dangers.

Upon launch, many users noticed issues with server speeds and unreliable data, especially in highly populated areas. Many users still experience bugs, though the company is working on fixing them and the problems definitely did not stop thousands from getting out to enjoy the game over the weekend. Despite the safety concerns surrounding the game, Pokémon GO has gotten a lot of people outside and exercising and has been bringing gamers face-to-face for Pokémon battles and to catch the monsters together. The Pokémon Company International, along with Niantic, said, “We encourage all people playing Pokémon GO to be aware of their surroundings and to play with friends when going to new or unfamiliar places. Please remember to be safe and alert at all times.” And, in this case, it seems a little common sense and attention to where you’re walking can help keep this smash-hit app fun for everyone.